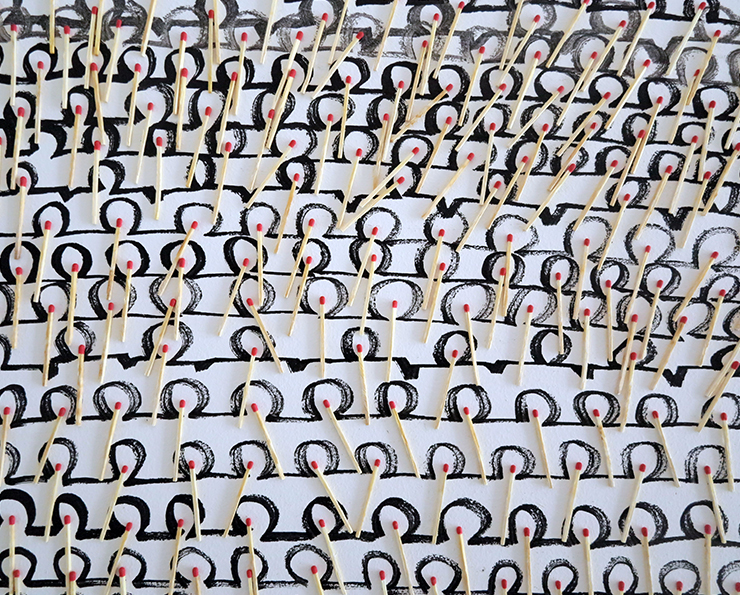 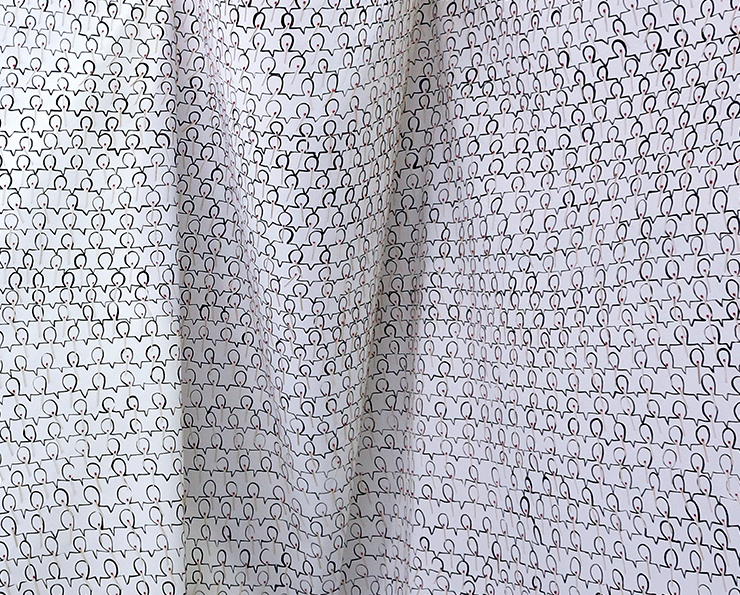 This time, the work represents maybe more than a long-time project due to certain contexts or special conditions previously set out. It’s the result of personal feelings about Romanian events starting February 2017 in Bucharest. The frustration of not being there among friends, indignation and even anger –strong feelings have been changed into a mechanics of mind and in a very precise gesture in drawing the crowd of people manifesting, but not so for common ideals as much as for the next generations. I don’t believe in panic attacks, but I do believe in strong feelings that induce positive tics and charge you with energy. I sketched everywhere all-over the walls in the studio, on pieces of wood or on canvas or pieces of paper and up to the technique of oil on canvas, I believed in this gesture and re-discovered my appetite for drawing. I don’t know if I quoted Edward Munch, but I think I’m starting to understand the tension of his work and even better now, in different circumstances.